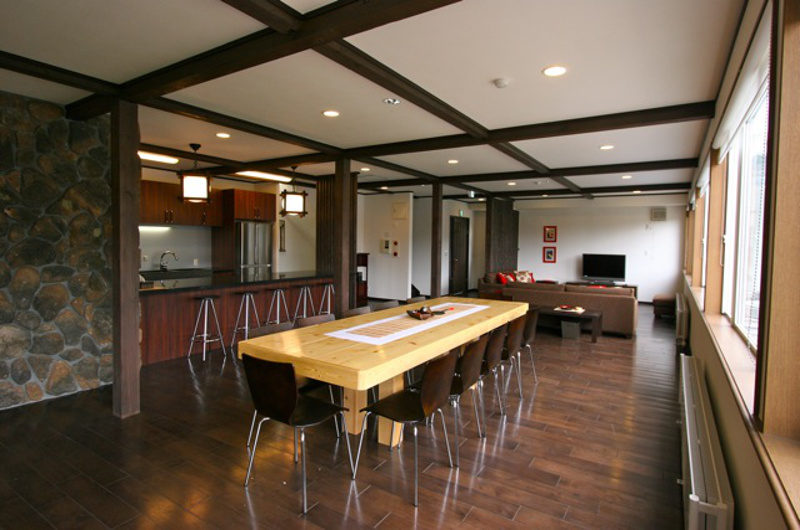 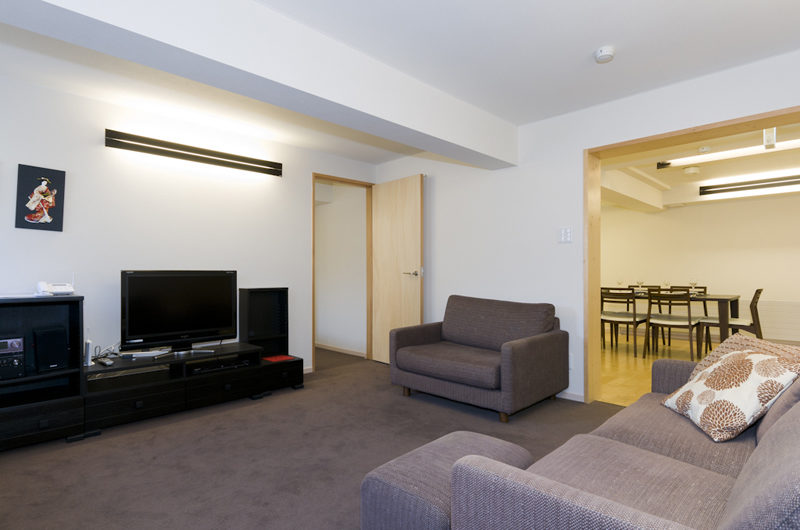 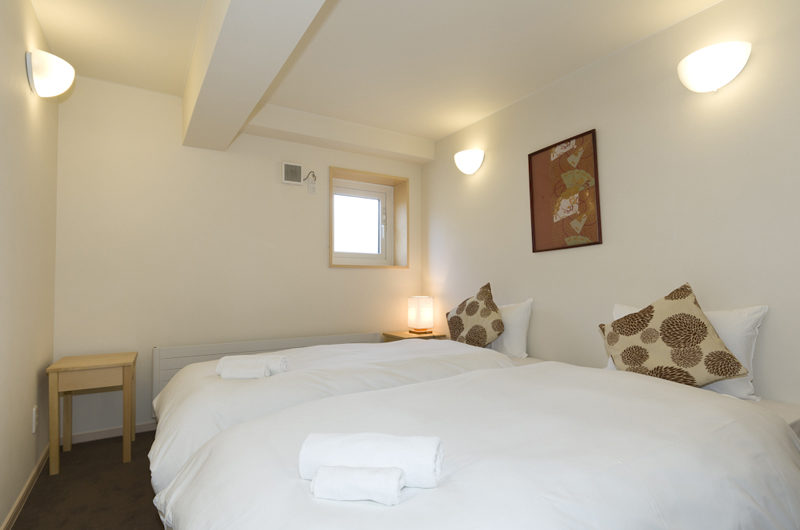 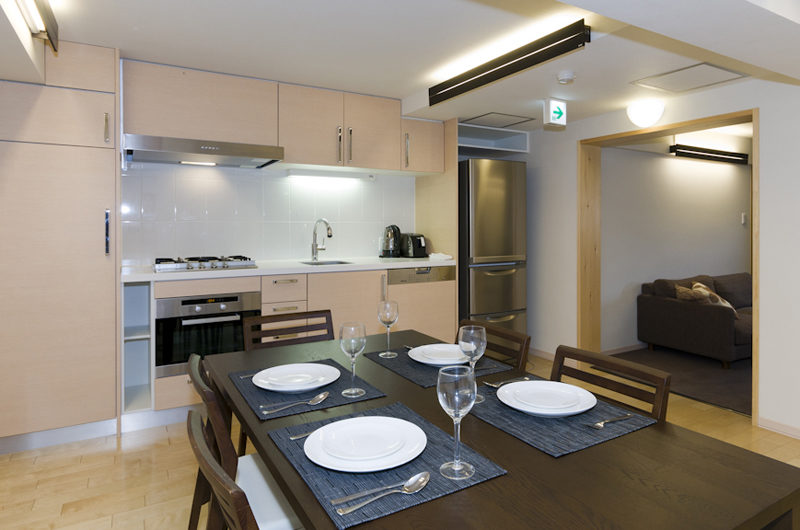 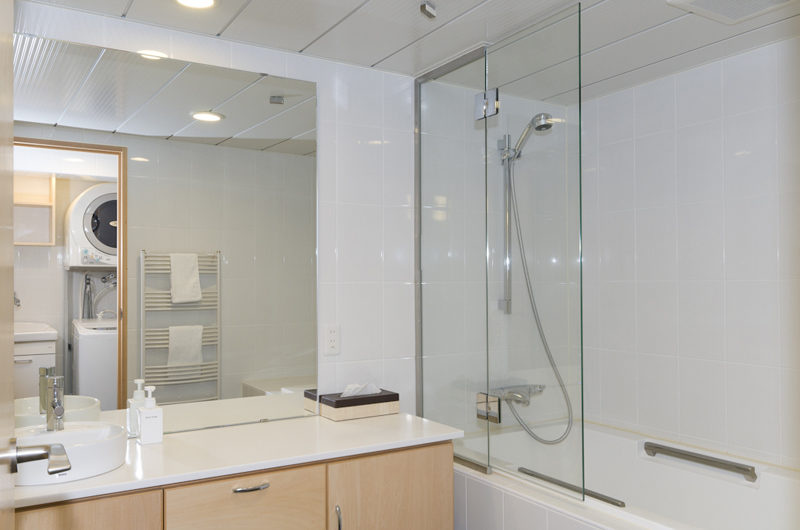 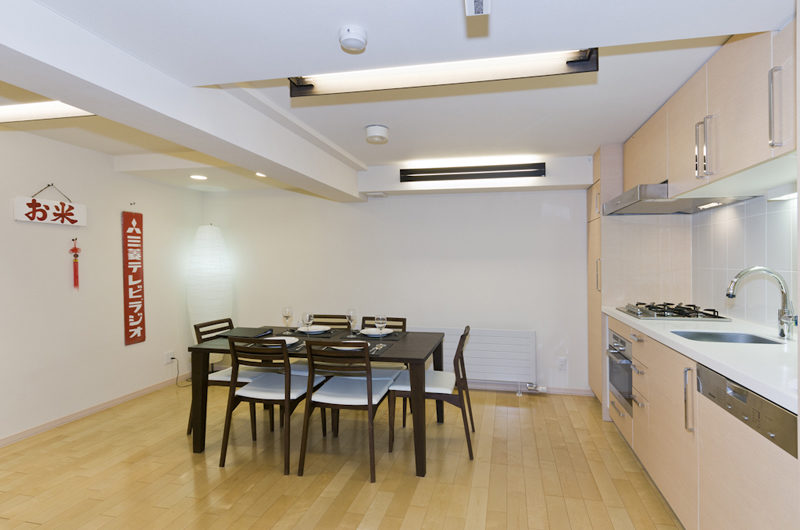 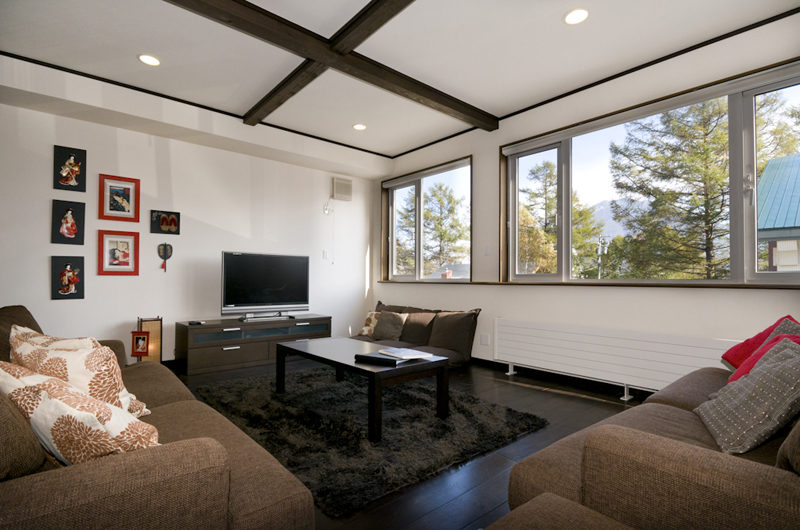 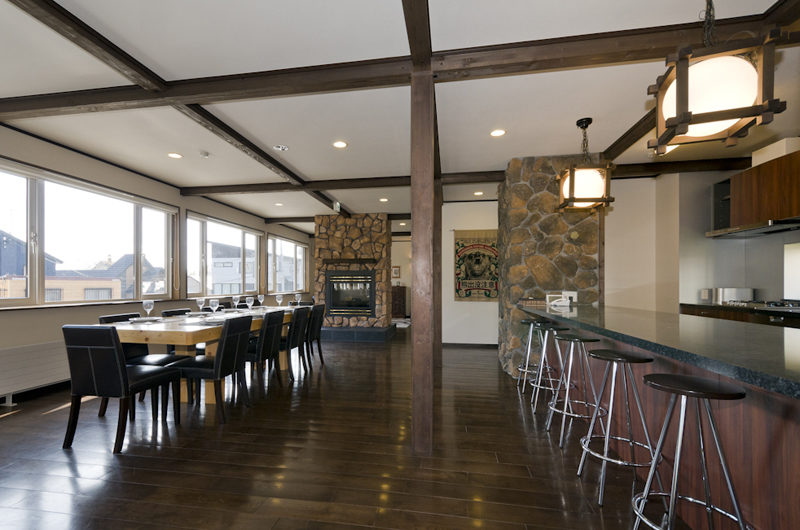 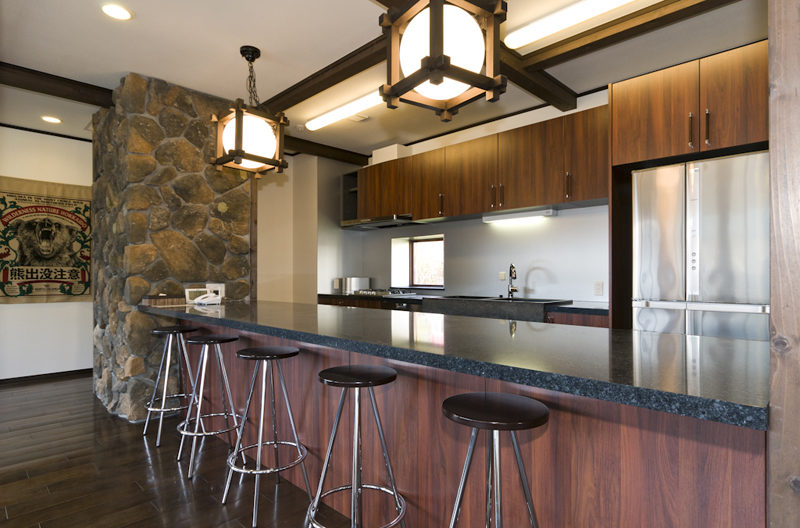 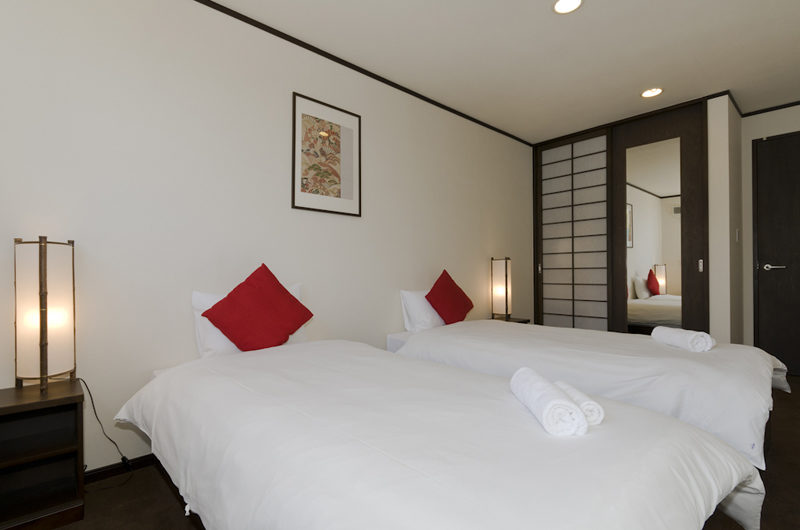 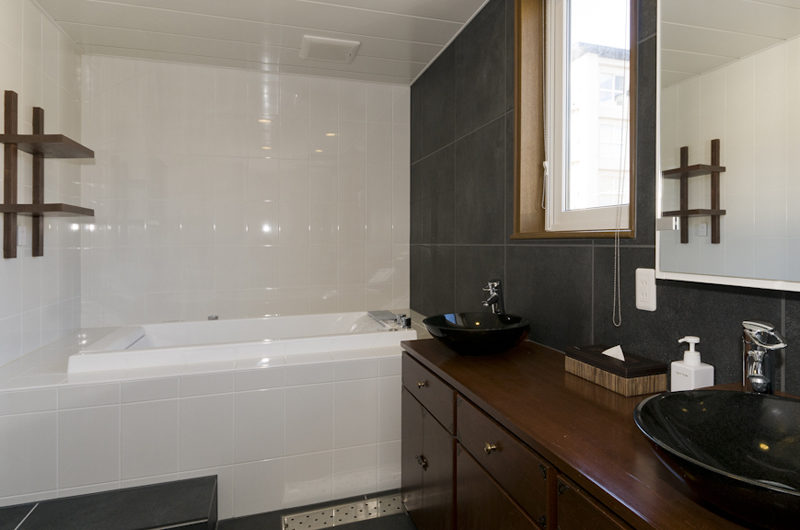 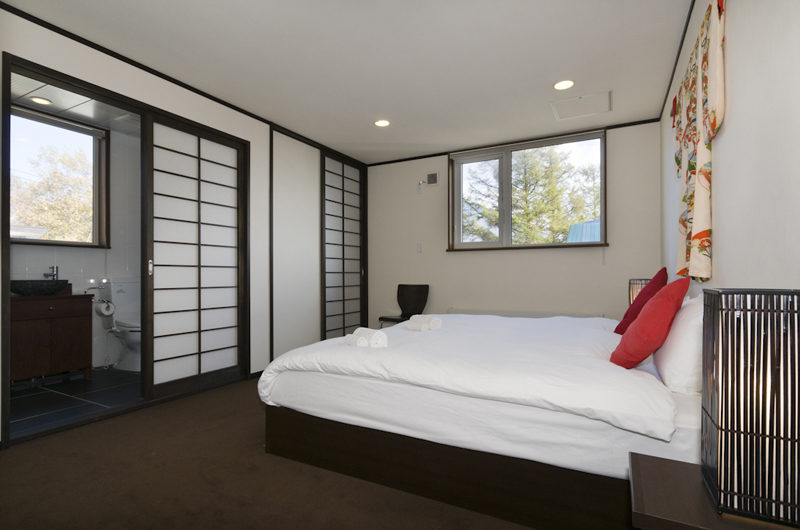 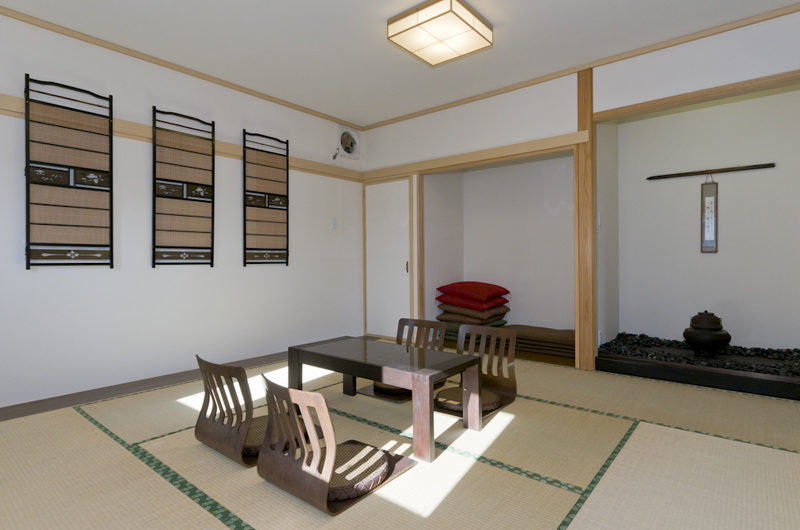 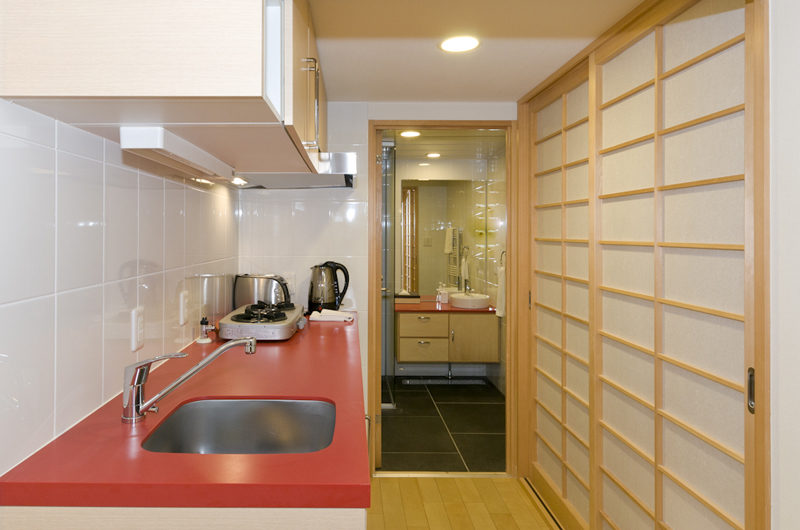 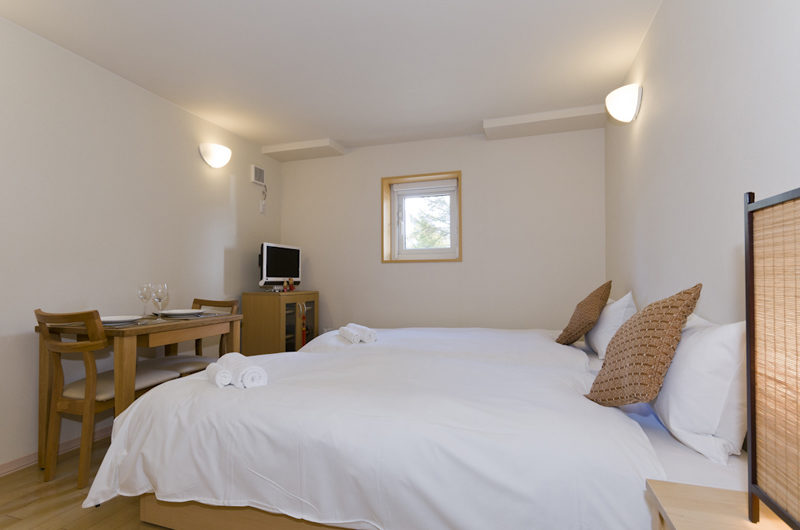 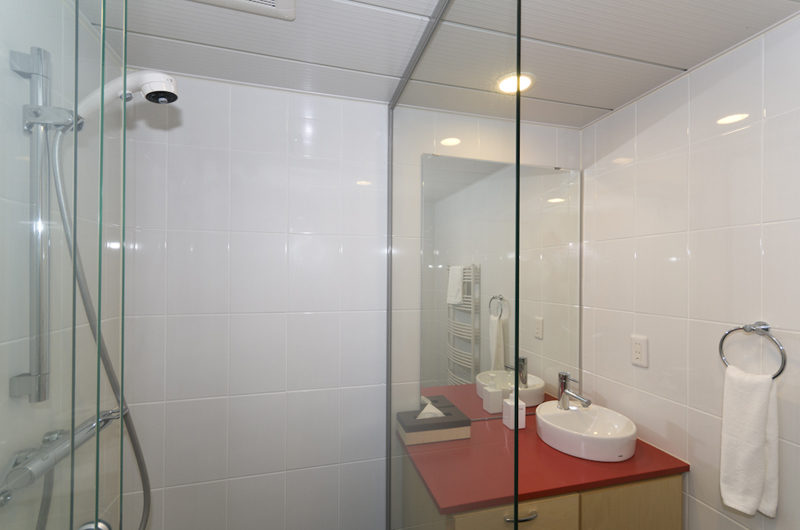 This property is no longer available for rent through Powderlife, however we have a wide range of alternatives for you to choose from. Please tell us what you’re looking for and we’ll help you find the perfect accommodation for your trip.

Futagoyama is a beautifully renovated lodge, designed to offer a spacious social holiday experience for families and groups.

Futagoyama is a luxury chalet and apartment building in a prime location just off one of the main streets running through Hirafu. The property has several different options for rooming configurations – the main chalet has five bedrooms plus an additional studio that can be rented in conjunction with the lodge to make it six bedrooms, and there’s a separate 2-bedroom apartment downstairs. 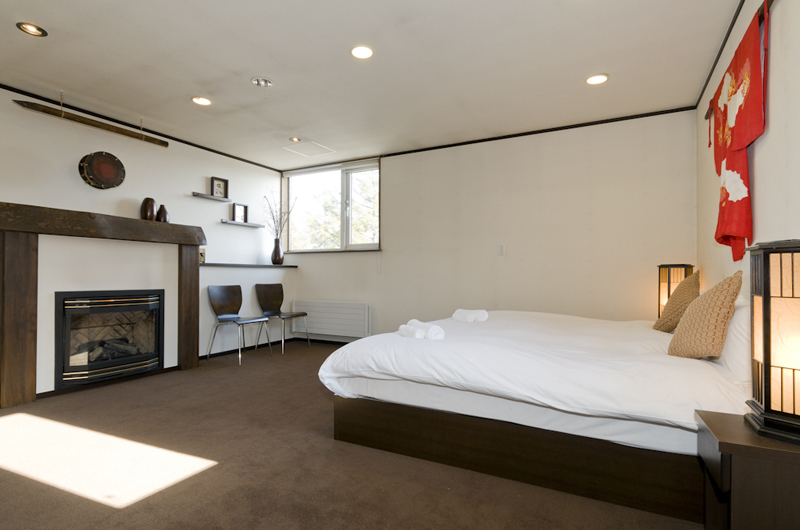 Futagoyama means “twin peaks”, referring to the Niseko’s twin peaks – Mt Yotei and Mt Annupuri – both of which are prominent features of the Niseko landscape. From the living room of the lodge you can enjoy spectacular views of Mt Yotei, often referred to as Hokkaido’s Mt Fuji.

The main chalet is spacious with two levels of bedrooms and living areas as well as a separate entry into the ski storage and drying room. There are three separate living areas including one with a double-sided fireplace, which is the perfect place to relax on those chilly Niseko Winter nights. There’s also a large kitchen and full laundry facilities.

The 2-bedroom apartment is located on the lower floor of the chalet with its own dedicated entrance. It features a fully-equipped kitchen and separate living and dining areas as well as its own laundry facilities. Central heating and low ceilings give the apartment a cosy feeling.

Futagoyama 5-bedroom chalet sleeps up to 14 people when combined with the studio apartment. It has two master bedrooms, one of which has its very own fireplace. Both master bedrooms have king-sized beds which can be split into twins if requested at time of booking, and the other three bedrooms have twin bedding. It has three bathrooms in total, two of which are ensuites for the master bedrooms, as well as an additional toilet on the upper level. One bathroom has a Japanese-style spa bath. The studio has its own ensuite.

The 2-bedroom apartment sleeps two people in each room plus a fifth guest can sleep on a futon in the living room. It has one shared bathroom plus an additional toilet.

Both the chalet and the apartment have fully equipped kitchens with dining areas, and the studio has its own kitchenette.

Spreading across three floors, the Futagoyama Chalet has a large open-plan living area on the ground floor, all sleeping and bathing facilities on the second floor, and an additional studio apartment with ski storage facilities on the basement floor for a total of six bedrooms. Each bedroom can be arranged as either a double or two single beds, according to your needs. Each room has a wardrobe for storage. Two of the lodge bedrooms and the studio bedroom have en-suite bathrooms with shower, while the remaining bedrooms share a joint bathroom with a bath. The master bedroom also features its own fireplace for extra luxury.

There is a two bedroom apartment sleeping up to 4 guests, located in the basement of the Futagoyama chalet building. There is an individual laundry and shared bathroom, a dining room with full kitchen facilities, a separate living room (rare in Niseko where open-plan is popular), and two separate bedrooms. Bedding can be arranged as one King Double or two Single beds in each room, according to your needs. Book the apartment separately, or combine with the Futagoyama Chalet to make a total of 8 bedrooms available.

Futagoyama chalet and apartment are located just off one of the main roads running through Hirafu. There’s no shortage of food and drink options with Momiji-Zaka street nearby, and with legendary bar Bigfoot Lodge just nearby you may find some noise around your street in the evenings – a small price to pay for the epic location.

A walk to the Ace Family lifts will only take about five-10 minutes, and up to the Gondola will take you about 15 minutes. Walking through the village in ski boots can be a little tricky though, so if you prefer to catch the free village shuttle, there’s a stop just a couple of minutes walk away.

There are plenty of top restaurants and bars all located just minutes from the property so you’ll be totally spoilt for choice when you want to head out for a bite to eat or a few après drinks. If you want to stock up on groceries for cooking at home, both the Seicomart and Lawson convenience stores are only minutes away.

Be the first to review “FUTAGOYAMA” Cancel reply