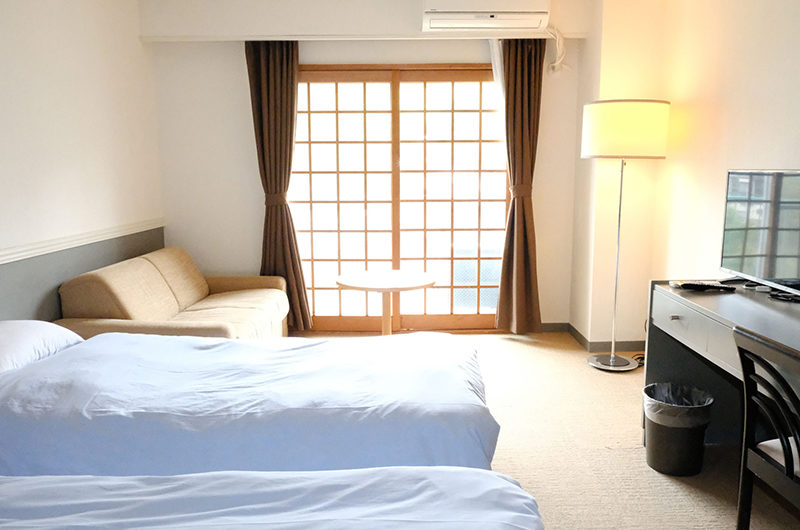 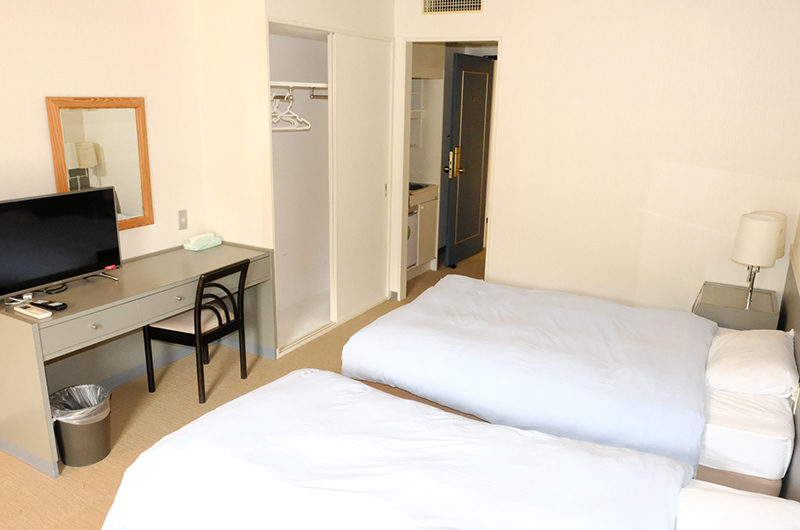 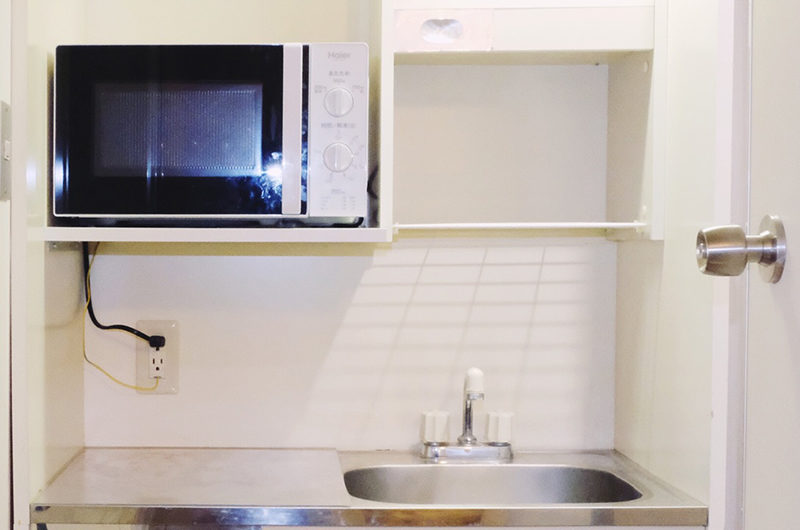 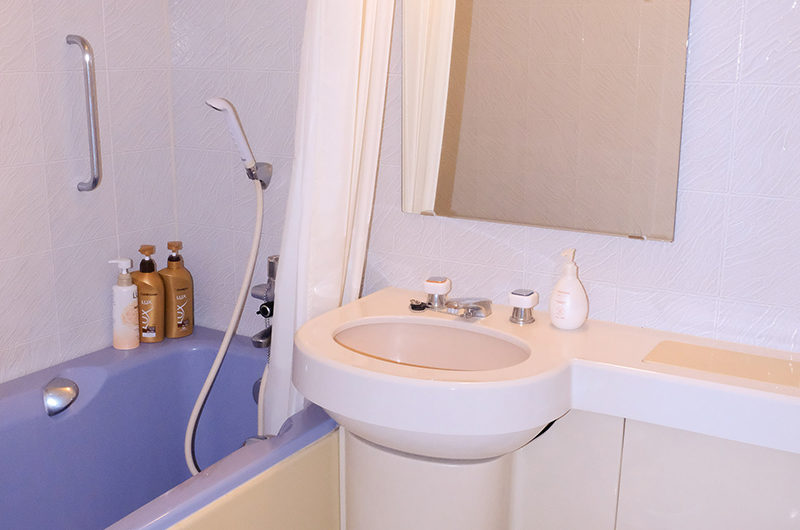 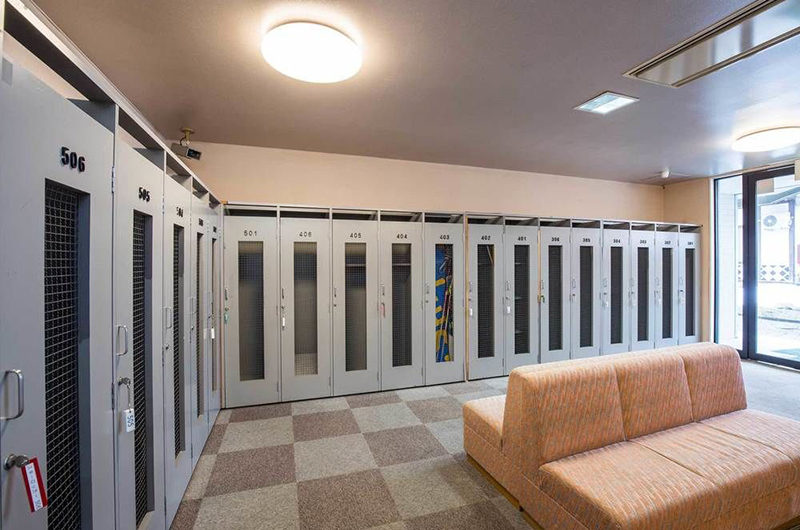 Hakuba Gateway Hotel puts you in the heart of the number one resort in the valley.

Hakuba Gateway Hotel is an affordable hotel for small groups in an ultra-convenient Happo Village location. Just three minutes walk from the bus station when you arrive and then just five minutes’ stroll to the Nakiyama Chairlift and accessible to all village services. It’s surrounded by all the shops, restaurants and ammenities you will need for your holiday. 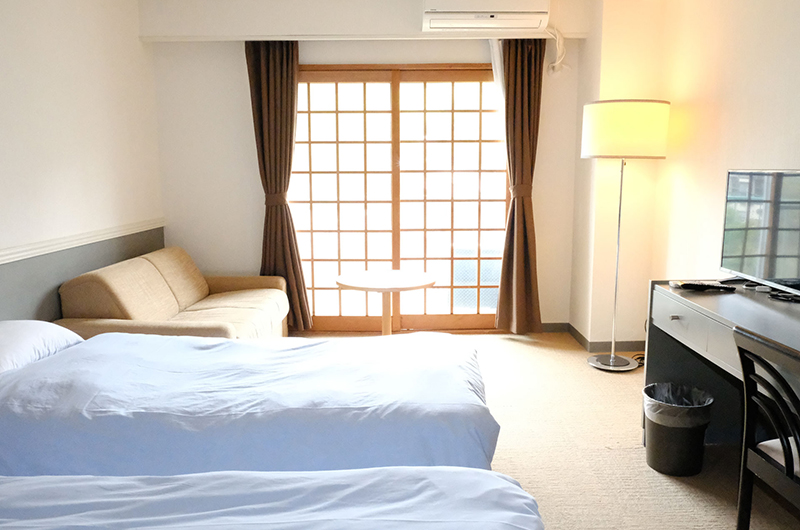 Hakuba Gateway Hotel is one of the original old ski hotels built in Hakuba during the 1980s when skiing became a mainstream pastime in Japan.  Every weekend thousands of Tokyoites would jump on the bullet train and escape the metropolis on the east coast to the snow-covered mountains on the west coast and enjoy the slopes of the Japanese Alps.

If you’re ducking over to Japan to do the same then Hakuba Gateway Hotel is the place for you. It’s a basic old Japanese-style hotel but has Western bedding and is very well priced. Being right in the village you’ve got all amenities all around you, and it’s also walking distance to the main bus station.

The rooms are spacious for hotel rooms and each has its own private bathroom and kitchenette. Most rooms have a view of the ski mountain  – perfect for the early morning snow check. The hotel has a service desk on site, as well as ski rental, shop and restaurant. Complimentary breakfast included in rates plus one free onsen voucher.

Located on level 3, 4 and 5 on the western side of the building, the hotel rooms have ski hill and surrounding village views. It has western bedding, en suite with bath, soap, shampoo, conditioner, toilet, LCD TV, sofa, desk, bedside tables, and alarm clock.

Hakuba Gateway Hotel is located right in the centre of Happo Village. All rooms enjoy quaint village views, as well as the snowy ski slope. Being in the heart of Happo Village makes access to the ski resort quick and easy; enjoying the local restaurants, pubs, coffee and onsen is also very convenient.

Nakiyama lifts are just 350m, a 5 minute walk, from Hakuba Gateway Hotel. The main gondola, Adam Gondola, is a little further and a 9 minute walk (600m) from the hotel. Access to the the inter-resort shuttles are also easy, so be sure to explore the nearby Iimori/Goryu resort!

With an on-site cafe, Harvest Cafe, your breakfast is included! Being in the heart of Happo Village also means an abundance of dining and apres options. Within a 1 minute walk, there is Maeda soba restaurant, Jack’s Sports Bar, Kisaten Chiroru and Izakaya Cakuichi.

Be the first to review “HAKUBA GATEWAY HOTEL” Cancel reply