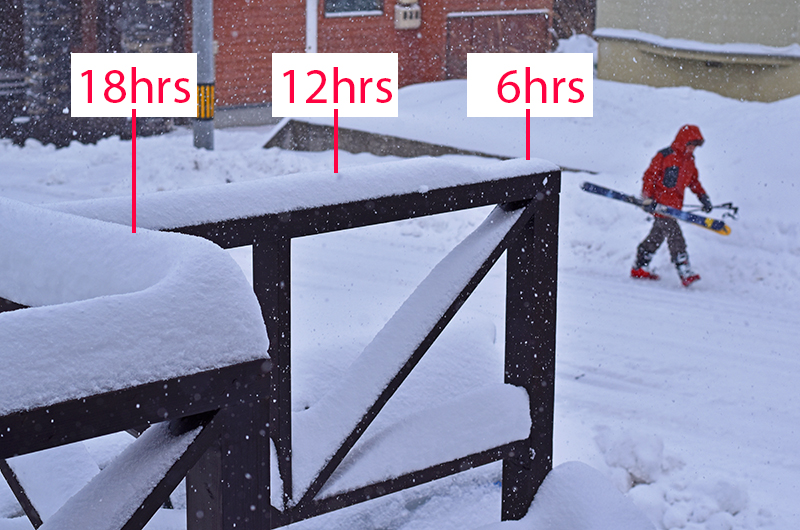 It unloaded here in Niseko yesterday. I brushed two lots of 10cm off my car during the day and another 10cm or so has come down since. This is the first real “Japow” storm of the season – we’ve had a few solid falls, but this is the real deal now. And it feels gooooood :)

It seemed to lighten up a bit overnight with just about 3cm on the railing I cleared before bedtime. But there’s lots of wind blowing flakes up and down and all around so maybe there was more. There definitely would have been more up on the mountain – I think you could safely say half a metre or more up there in the past 24 hours. Grand Hirafu’s readings are saying 125cm at the midway point – up from 95cm yesterday.

The other good news is that this storm has allowed more of the mountain to open up. The Hirafu Gondola is go! Hanazono is go – opening on schedule today! Niseko Village and Annupuri are both go! Although both of the latters’ gondolas appear to be on wind hold at the moment.

>> Conditions observed 9am at Village level: