Guess whose base is biggest? Size does matter!

Holy pow, Niseko sure has redeemed itself for a late start to the season!

When you are pushing a foot of snow off the car before you can even open the door, wearing sunglasses to protect your mascara, and taking turns to shovel the stairs twice a day, you have to ask yourself… when is there TOO much snow?

The answer, my friends, is not until they have to shut the chairlifts. 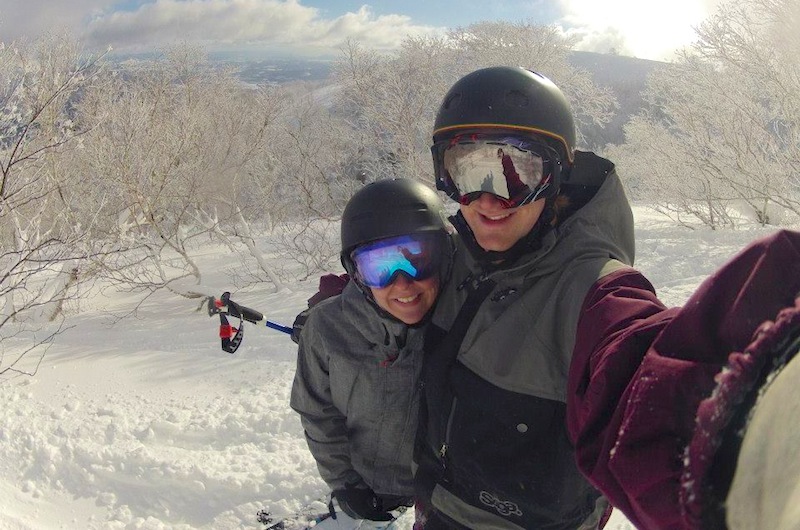 Jennifer and Ryan take advantage of a brief sunny spell to take a happy snap!

Although the snow has eased up a little today, it has been simply unrelenting in Niseko over the last week or so. I did a spot check of standout resorts around the world including Mt Baker, USA, Revelstoke, Canada, Chamonix, France, and Alyeska, USA (Alaska), and guess who has the most snow? Niseko baby!

Although Mount Baker matches our base depth of 155cm, they don’t even come close to Grand Hirafu’s depth of 320cm at the top, and Chamonix actually beats Baker for snow on the upper slopes at 200cm.

The snow I rode yesterday was unlike anything I have ever experienced before. I went all gung-ho as soon as I got off the Gondola, and rode straight into the trees… and was immediately stuck. All I could do was laugh, and scoop slippery armfuls of feather light snow off my board so I could ride another metre and do the same thing again. 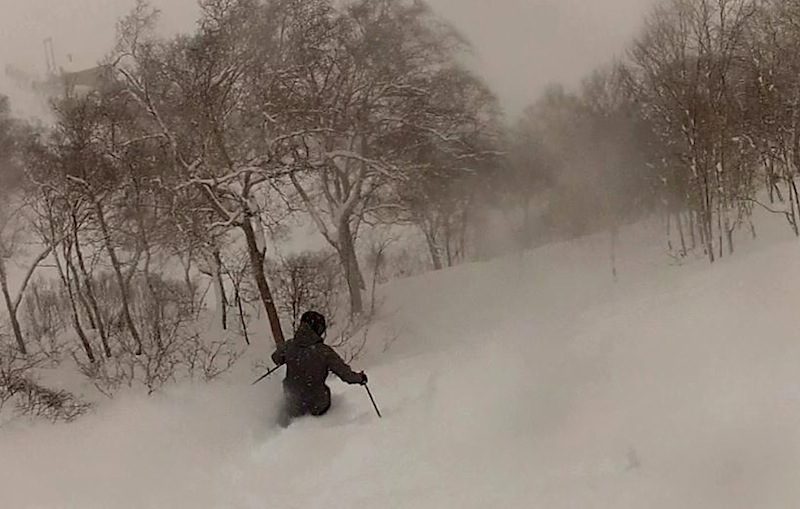 Jennifer gets some heavenly turns

At one stage I pulled up way too quickly under the King Hooded Triple and received the face shot of my life, much to the amusement of everyone on the chairlift. When I went into the lodge to attempt to melt the snow that was frozen onto the inside of my goggles, I found a line of people waiting to do exactly the same thing. We all exchanged sheepish grins as we crowded around the dryers. Such is life in powder heaven!

So if you’re wondering where the best snow in the world is, right now it is statistically proven to be in Niseko. Where are you?