Bottling straight from the source at Kyogoku Fukidashi Spring 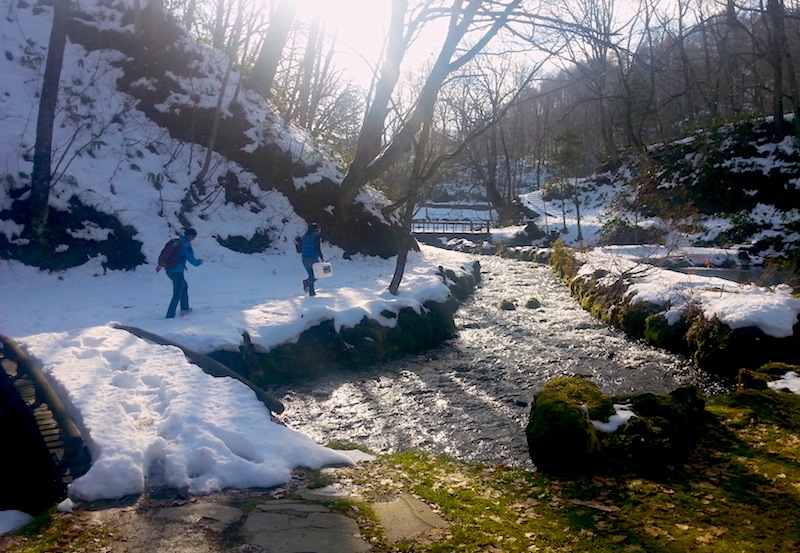 On a water mission to the Kyogoku Spring

I feel like quite the local since being inducted into the joys of collecting fresh spring water at the Kyogoku Fukidashi Spring.

Many Niseko locals refuse to drink any water other than that bottled fresh from this mountain spring, set in the picturesque surrounds of an alpine park about 20 minutes from Hirafu.

I was, perhaps, unreasonably excited as we took our 20 litre tub for the walk across the scenic wooden suspension bridge, which spans a delightfully gurgling stream. This feeds into a calm lake with a bridge that is satisfyingly traditional in appearance.

Just before the turn down to the spring, there is a little coffee shop called Café Mocha that uses the delicious mountain water to brew the best coffee in the region. They also have a variety of unique souvenirs made out of the hessian sacks that were once used to transport the fragrant coffee beans.

There is an assortment of other stalls around the park, which looks like it would be a nice day out, but we were there on a water mission and made our way straight down to the spring.

I was completely thrilled by the authentic charm of the water collecting area. I was the only gaijin to be found amongst the Japanese who were stationed at the bamboo spouts, filling their water bottles to the brim. There were cups tied to the bamboo so you could sample the fresh, sweet water without dunking your hands in, and the moss-covered stones and gushing mountain water completed the enchanting picture. 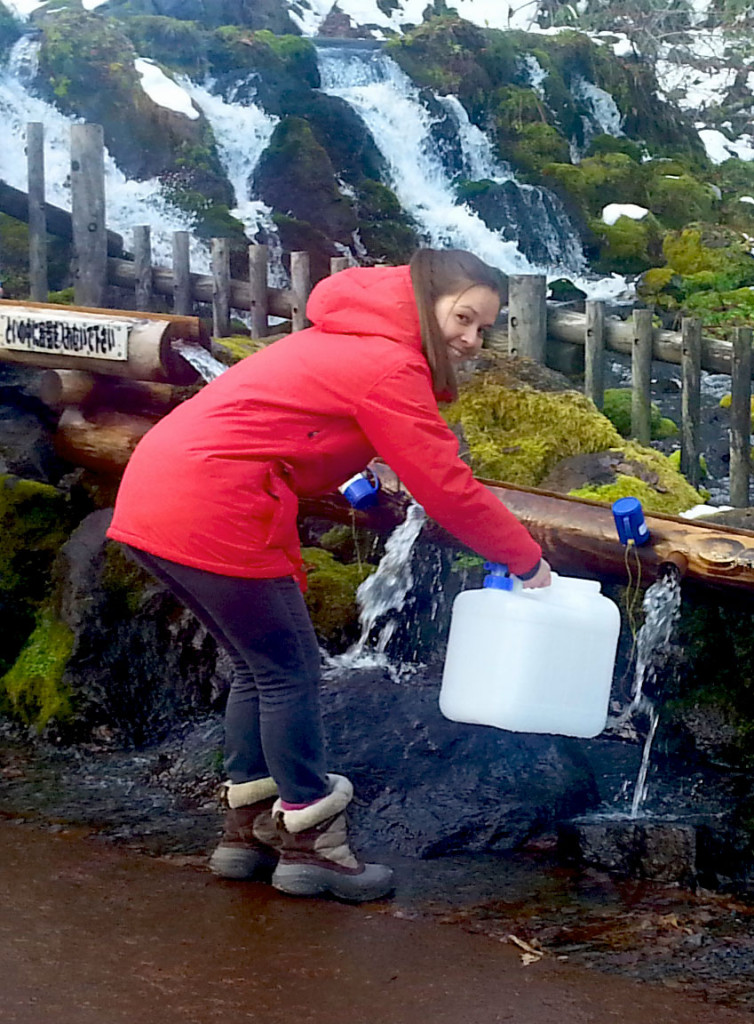 I’ve never really questioned where spring water comes from, but after doing a little research I discovered that the condensation on the mountain is filtered down through layers of rock to arrive to us in purified spring form some 50-100 years later. Yum.

Rated in the Top 100 Pure Waters in Japan, the Kyogoku Spring stays at 10 degrees throughout the whole year. I look forward to coming back later in the winter, when the snow will transform the park into a completely different wonderland. 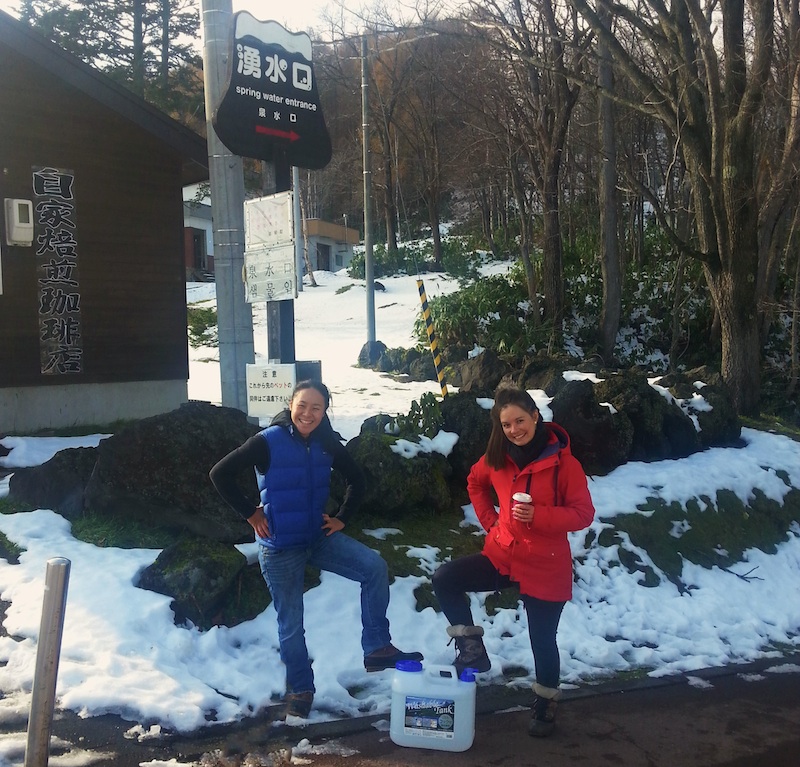 A successful water mission! Living on the edge!

Big burgers and people watching at The Green Farm Café

Big burgers and people watching at The Green Farm Café